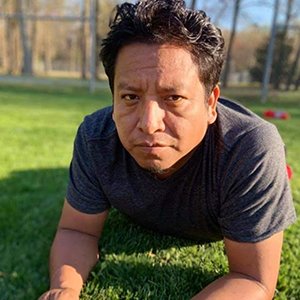 Miguel Cazuela, the anchor to our kitchen crew, can do anything and everything with a smile.  Able to grasp hard tasks with one demonstration and completely master them each and every thyme for producing award winning gastronomy.  Originally hailing from Hidalgo Mexico, he grew up without running water or electricity.  He moved to Raleigh in search of a future and better living conditions upon a cousin’s recommendation.  Miguel has been with us since 1999 and we’ll never let him go.  He currently resides in Raleigh with his adorable wife & 3 children.  When not working each discipline in our domain, he loves spending time with his precocious Pitbull/ShihTzu named Rocky.  Frolicking at the beach & deep sea fishing are among his preferred ways to relax and escape the big city.  Chef Pettifer loves having him on his team and boasts about his intense work ethic, honesty & comedic relief.  Mr. Cazuela is considered family & has been an integral part to our sustained growth and success over the past 20 years.